Proposed Special Report 1  from contents of this Book

A DOOPArt is where the description and contents of a modern technological object have been found depicted in hieroglyphs or documented in ancient myths, legends, and texts.

This book presents a chronological summary of over 35 accounts that report such objects being depicted and/or described by ancient people between 3100 BCE to 1829 CE.

Finding modern items and their contents depicted, described and documented in ancient texts is Proof of TIME TRAVEL

Proposed Special Report 2  from contents of this Book

Future history, told to Daniel and John (in Revelation), and hidden beneath the surface text stories in the works of Moses and Nostradamus, relates to information shown and told from the Ancients & Grolier cd-roms plus two specific History Books.

The End Time War and Religious Judgement relate to specific historical events from the 20th and 21st centuries. 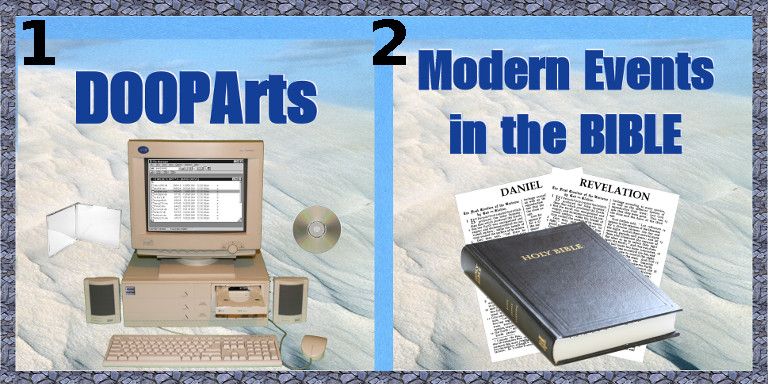 To contact us
Email Robert via ceo(at)ronpeggdiscoveries.com.au
giving the subject heading as
Licence for 2 TV Special Reports

Please note that a licences for the inclusion of The Pegg Project® registered trademark is separate and in addition to your Television licence.
TOP   BACK to Licences on Offer page